Half assembled Kit for sale - I messed up the PCB

back in time when I found the kickstarter campaign, I was very excited about the YIO Remote. I preordered a kickstarter kit right away and received it a while ago.
Now, many weeks later, i finally found a bit of time to start assembling.
First everything went fine - but the remote doesn’t seem to turn on - at least the screen keeps being off. So i started debugging, I did the wpa_supplicant-on-boot-trick to headless connect the pi my wifi and could successfully SSH into the yio-remote-os.
However after a while of debugging and trying, I found out I did a huge mistake during the assemble. Instead using a Pi Zero W, I accidentally grabbed an old Pi Zero 1.3. Hmm… this could be the cause. “No problem, I will just desolder the old pi and resolder a new one - easy.” - ha, not! At least for me. It was a total mess and I somehow ended up with a half-ass soldered new pi on a totally bunged Yio PCB. Some of connectors released from the PCB - i guess in my hurry to fix it I desoldered the old pins way to hot.
So, the new PI is on the PCB, but now it doesnt get power. This is the moment I realised I screwed up and destroyed the YIO Remote PCB and two PI Zeros. F*.

As I’m not willing to spend any more money into this and end up with something which reminds me daily on this desaster, I decided to sell the remaining parts of the kit (which are still totally fine) and give s/o the chance to get a bargain.

So, here I am selling:

As far as I can tell: The dock works, connects to my Wifi, charges the remote

I will post some photos tomorrow if not later today (edit: see below)

If you have any questions or if you are interested write me a mail at mail_yio(at)etobi.de or here in this community. 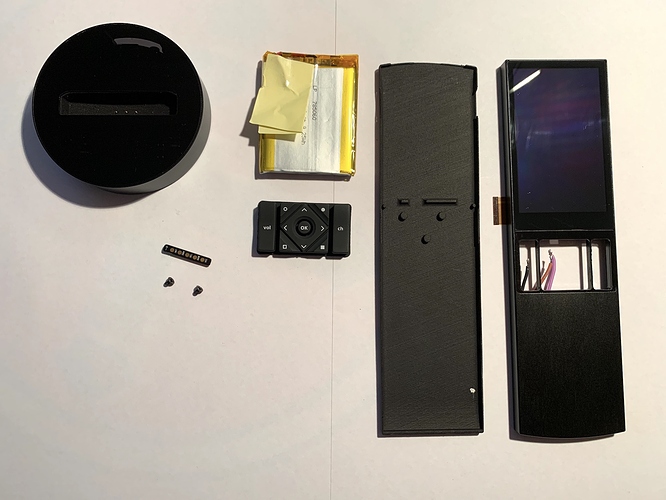