Thanks Marton! My build attempt

Just want to say thank you Marton. Building the remote was a breeze and everything went as described… except I had one brain fart and put the sensor board in the wrong way round (despite the clear instructions). In case anyone else does the same stupid thing the symptoms were that it booted but nothing was displayed on the screen. When I ssh’d into the pi and ran i2cdetect everything lit up which gave it away. 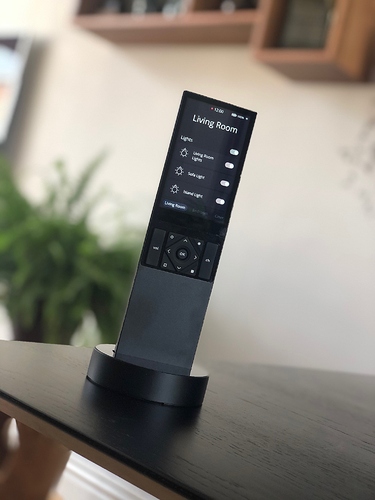 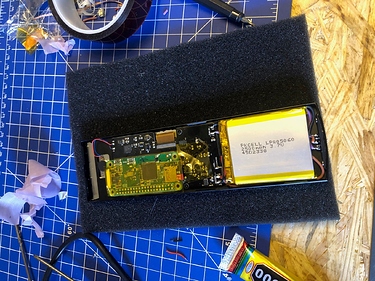 I also had an issue when putting it back together that the touchscreen ribbon came loose. A simple fix.

I have to give my compliments on the configurator UI as well, it’s very polished. Overall it seems very much like a commercial product to me.

My only complaint is that the back is quite flimsy which meant I broke the tab that holds it in when re-opening. I would recommend to everybody to only put the back on when you have checked all the functions (maybe obvious, but I still didn’t do it!). I’m going to glue the back on when I am 100% happy (I still have a couple of light leaks around the screen to deal with). If anyone has a better idea I’d love to hear it. 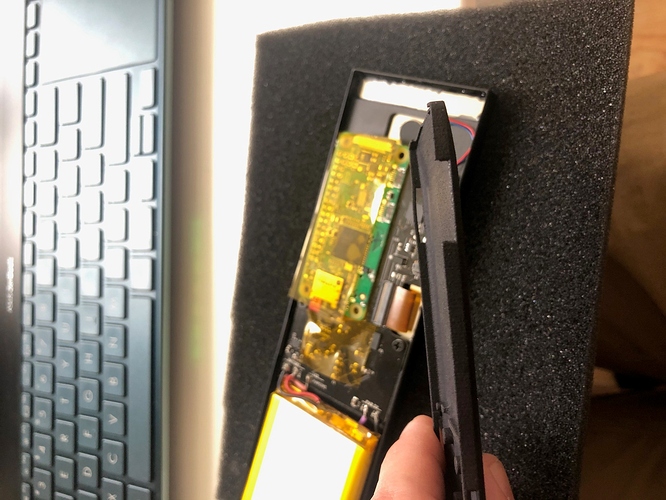 I’m glad you had a good experience with the assembly!

Sorry about the back plate. It is indeed a bit flimsy. I’ll try to improve on the design and release a new updated stl file for it.

Also thanks for the compliments that it’s like a commercial product, but I have to stress that it’s not! It’s still a DIY project.

I hope you’ll enjoy using it. We’re constantly improving the software, but if you find a bug, feel free to open an issue about it on Github!